The city of Myrtle Beach is one of the most affordable, steadily growing coastal areas on the east coast. The continuous 60-mile (97 km) stretch of beautiful coastline making up the Myrtle Beach area is and known as "The Grand Strand".A 2018 census estimate ranked the city as the second fastest growing metropolitan area in the country. With the city's warm subtropical climate and extensive beaches, it has built a reputation of the most favorable location for tourism in South Carolina and the whole of the United States with an estimated 14 million visitors annually.

The city was name after the wax myrtle which is an abundant local shrub and was chosen in a naming contest back in the 1900s. Before then, the area was known as Long Bay, Withers, and New Town.

The city comprises a total of 30,000 permanent residents and millions of visitors making the most of the wide beaches, the warm weather, an amazing nightlife, shopping, golf, dining, live theater with an incredible range of entertainment.

Myrtle Beach was incorporated in 1938 and further, in 1957 it was made a city when its permanent population first reached 5,000. For nearly 50 years, the area was a military base and was the first home to the U.S. Army Air Corps in the 1940s, and the Myrtle Beach Air force started in the 1950s. The base was later closed in 1993 while the property was redeveloped as the market common district. Combined with an urban town center known as The Market Common, incorporating features like recreation fields, open space, a large lake, and several walking and cycling trails and very desired home and condo communities.

We are you local real estate agent with a real estate solution for every need to help you relocate or get your second home to savor our warm Southern hospitality, fresh coastal cuisine, and our unique flavor of fun.

Myrtle Beach has been known for its outstanding real estate developments at some of the most affordable prices on the east coast. In Myrtle Beach, you have countless options to choose from Single family home communities, oceanfront or golf resorts, cozy beach homes to waterfront campgrounds, and rental properties of all sorts if you are looking for a return in real estate.

This 2 bedroom 2 bath cozy little beach cottage located about 300 yards from the beach access in the Holiday Inn Section is A Little Slice of Heaven. within the gates of ...

Property being sold in As Is condition.

Welcome home to this classic all brick 3 bedroom, 2 full bath ranch home in the Watsons Riverside community with no HOA! This home features an open living and dining area...

Charming 3BR-2BA located in Bridge Creek. NO HOA! Bring your boat! Socastee boat landing is right around the corner to launch your boat on the Intracoastal Waterway. This...

This could be the one! One level living in this all brick ranch home on 1/4 acre lot with NO HOA! Centrally located within easy driving distance to shopping and dining....

Cute home with a Great View!!

Sold -AS IS- This 4-br 1-1/2 bath home on a large lot in Forestbrook is the best value available with 4 bedrooms. Open floor plan with a large kitchen, big living room on...

Ocean Front...This is a rare opportunity to own a Beach Front Cabana on an lot 23x132 located on the Golden Mile of Myrtle Beach! Very rarely do these become available to...

Charming 2 bedroom, 2 bathroom home located in the section of Green Springs in Island Green. This roomy home is situated in a cul-de-sac on a 0.29 acres lot. The main liv...

Spacious patio home in outstanding condition. This one owner home has had both the kitchen and bathrooms remodeled. AND a great addition was added about 10 years ago givi...

Turn key… this home has been has been recently renovated! This house has had numerous recent upgrades including a brand new kitchen, flooring in most rooms, paint, fenci...

Cute as a button!!! Schedule your showing today! Great spot with awesome parking. This Home has Many upgrades and is ready for you to start your vacation or you dream of ...

Welcome home to this single level 3 bedroom, 2 bathroom home with a two car garage in the highly sought after community, Bellegrove in Carolina Forest. This home features...

Start the new year with a new home! This home is well maintained, has 3 bedrooms, 2 bath and yard overlooking a pond. It features: new floors throughout, new paint, coun...

For business or residence this home is a perfect location. Close to the beach, Hwy 544 and Hwy 31. Nice brick home with granite counter tops, beautiful cabinets and spaci...

Be in and ready for Spring with this well-maintained home in Lawson's Landing, close to shopping, restaurants, entertainment and all that the Myrtle Beach area is so well...

Active Listings From Every Company 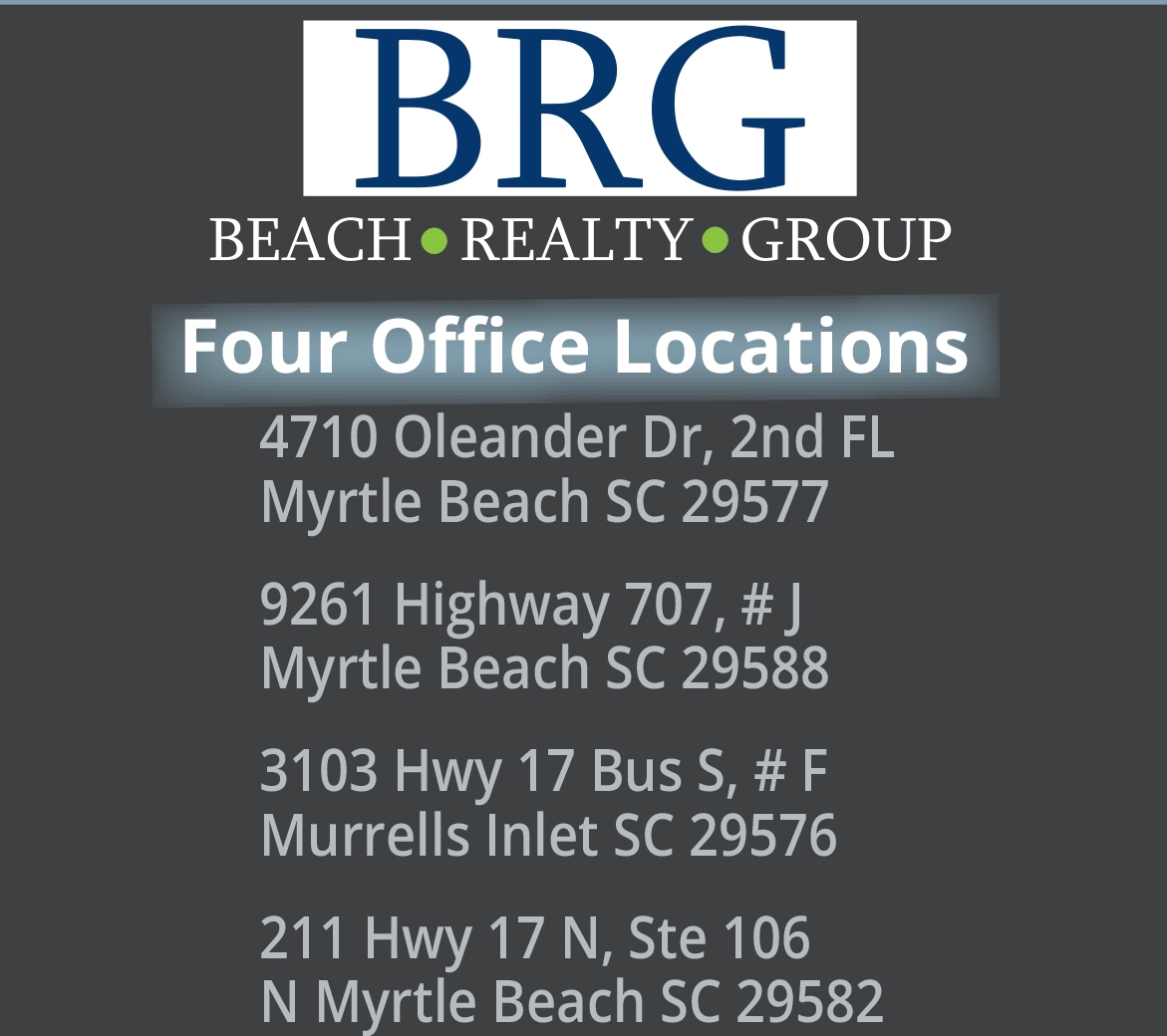